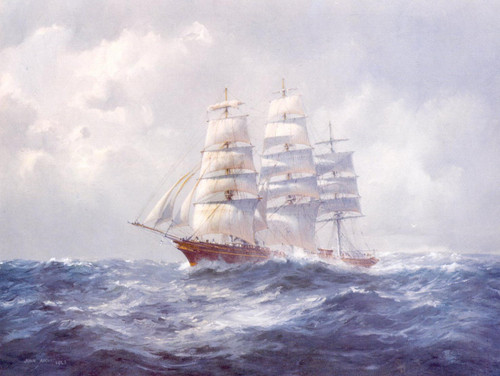 John Allcot was one of Australia's leading Maritime artists. His paintings of tall ships have won him worldwide acclaim. These quality prints are 50 cm x 60 cm. CUTTY SARK: The lone survivor of the tea clipper era, built in 1869.She was altered to become a wool clipper to combat the heavy roaring south seas and became a major part of the Australian Wool Trade entering Sydney Harbour many times. She is now on display next to the National Maritime Museum in Greenwich, England.