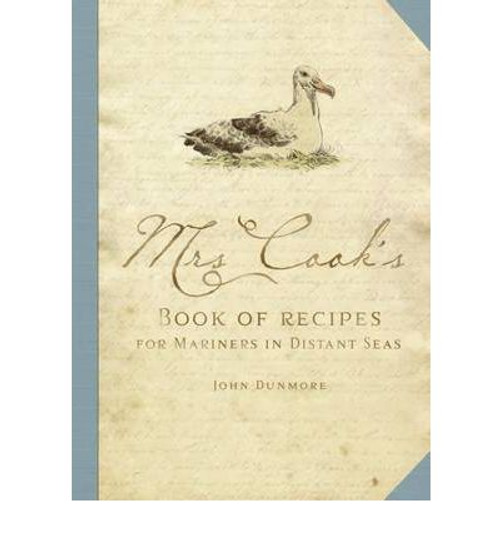 Stewed albatross, rat casserole, turtle soup, breadfruit and gruel: such was the fare of the 18th-century sailor as he braved the world's oceans. During her long life, Elizabeth Cook (1741-1835) had many opportunities to hear about the voyages undertaken by her famous husband Captain James Cook. She met sailors and explorers like Sir Joseph Banks and Captain Vancouver, and read about the exploits of many others. She discovered how they survived on long sea journeys and learned about the foods they consumed in distant lands. In 'Mrs Cook's Book of Recipes', John Dunmore imagines how the wife of Britain's greatest mariner might have presented her repertoire of 18th-century sailors' delights. Her collection of dishes includes such delicacies as roasted goat and stewed dog, as well as favourites to welcome the mariner home: oyster loaves, jugged pigeons, fried celery and Poor Knights Pudding. And between the recipes we get to know a remarkable woman, who not only outlived her husband, but her six children too. Stewed Albatross - Remove most carefully the feathers, and skin the bird. Leave the carcass over night to soak in salt water, till morn, then parboil it and throw away the water. Then cut up and stew well with a little water, and when sufficiently tender serve up with a savoury sauce. A prune sauce does well as an accompaniment, as is commonly served with land fowl, but other savoury sauces can be served, with ground ginger or other spices that may be at hand, and a little sugar. When bread, or the sailors' biscuit, is available, it forms a pleasant accompaniment to the meal.

In The Water Toobs