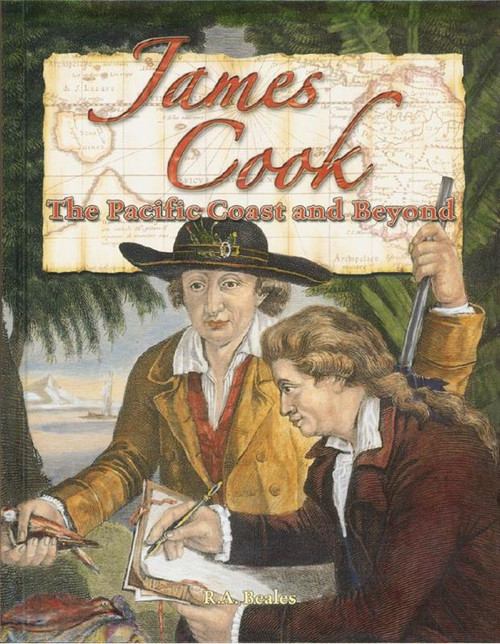 In the 1700s, the voyages of British Captain James Cook shed light on what life was really like in the uncharted Pacific. Hired to seek an undiscovered continent known by astronomers and geographers as Terra Australis Incognita, or unknown southern land, Cook proved that it didn’t exist, dramatically changing Europeans’ understanding of their world. Young readers will also be fascinated by Cook’s encounters of the cultures of the native peoples of Tahiti and Hawaii. A recipe from the period is also included. Topics include
• Cook’s youth as an apprentice and early training in the British Royal Navy
• a map of Cook’s routes
• the discovery of Tahiti, Hawaii, Australia, and New Zealand
• customs of the native peoples, including the Kaua’i, Maori, and Tahitians
• Cook’s ships, the Adventure and the Resolution
• the responsibilities of the crew and how they coped with illnesses such as scurvy
• a fun-to-make recipe from the period
• the long-awaited transit of Venus
• the findings of the Royal Geographic Society