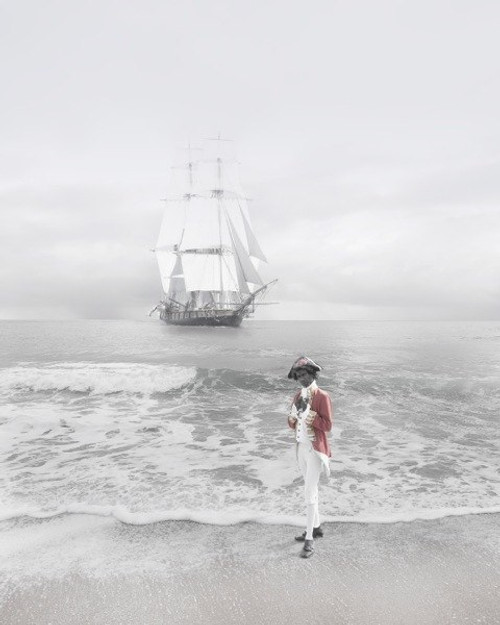 East Coast Encounter re-imagines the encounters between James Cook and his crew with Aboriginal people in 1770. The exhibition presents this shared story from various perspectives.  Cook’s voyage along the Australian east coast is a significant event in Australian history. At Bedanug, which he named Possession Island, Cook ‘took possession’ of Australia’s east coast on behalf of the British Crown. A few years later, the first British colonists arrived. James Cook is recognised as a skilled navigator and explorer whose expedition led to the founding of this nation. However, for many Indigenous Australians he has become a symbol of dispossession. East Coast Encounter presents a fresh examination of these interactions and their ongoing impact, by juxtaposing different points of view.

The exhibition also brings these events into the present by incorporating artists’ reflections on their relevance today, as well as visits to significant encounter locations. These include Kamay/Botany Bay, the Glass House Mountains, K’gari/Fraser Island, Town of 1770, Magnetic Island, Yarrabah, the clan area of Waymburr or Cooktown and Bedanug/ Possession Island. The artists explore ideas about custodianship of country, exchange, communication and miscommunication, what it means to be ‘foreign’, and seeing through another person’s eyes.

Ghost Nets of the Ocean Catalogue

DVD - The story of the Krait "Tigers & Snakes"