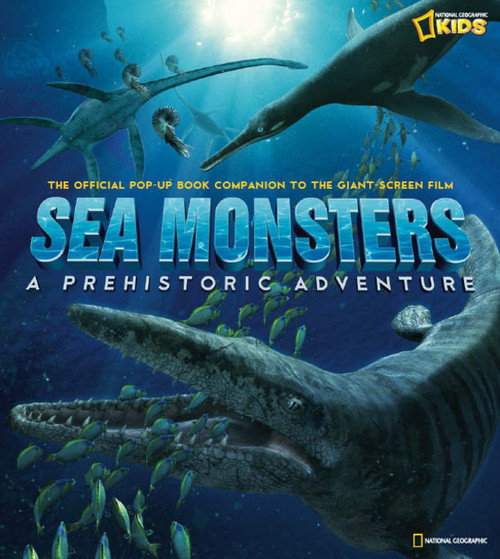 Relive the wonder of Sea Monsters, National Geographic's 3-D Large Format Film, and learn more about these weird prehistoric creatures of the deep. Here's the Official Children's Companion Book to the giant-screen film which launches in October on giant screens nationwide. Sea Monsters leads kids into the Late Cretaceous Era, 80 million years ago. Stunning images of giant sharks, enormous squids, massive marine reptiles, and flying creatures with razor-sharp teeth will thrill young imaginations. Follow the story of a marine reptile called Dolichorhynchops—Dolly for short—as she braves the dangers of her inland sea home. Enjoy the cool digitally generated images of creatures like Tylosaurus, a whale-size predator, and the long-necked Styxosaurus. The brief text will engage young readers in a fun, unthreatening way. Sea Monsters is a wild and informative read for all who have or haven't yet seen this wonderful movie.

Dinosaurs of the Deep