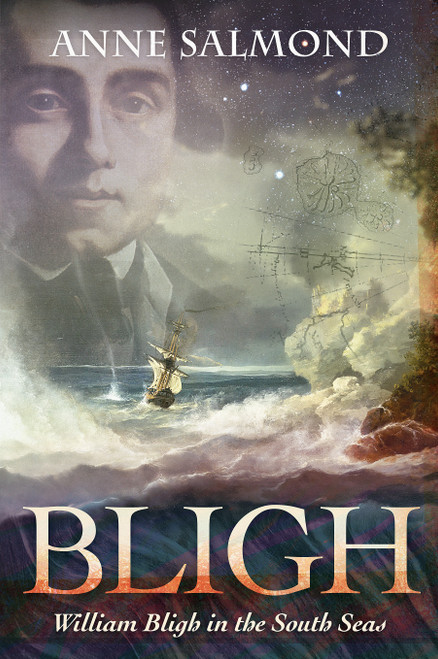 Award-winning author Anne Salmond offers new insights into the mutiny aboard the Bounty, adding to the paradoxical legacy of the famed seaman William Bligh.

In Bligh, the story of the most notorious of all Pacific explorers is told through a new lens as a key episode in the history of the world, rather than simply of the West. Award-winning anthropologist Anne Salmond recounts with a fresh perspective the triumphs and disasters of William Bligh’s life in a riveting narrative that for the first time portrays the Pacific islanders as players.

Beginning in 1777, when Bligh, at twenty-two, first arrived in Tahiti with Captain Cook, Salmond charts Bligh’s three Pacific voyages – and tells how they transformed lives on the islands as well as on board the ships and back in Europe. She sheds new insight into the mutiny aboard the Bounty – and on Bligh’s remarkable 3000-mile journey across the Pacific in a small boat – through revelations from the raw, unguarded letters between him and his wife Betsy.

This beautifully told story reveals Bligh for the first time, as an important ethnographer adding to the paradoxical legacy of this famed seaman, and it captures more definitively than ever the excitement, drama, and terror of these events.