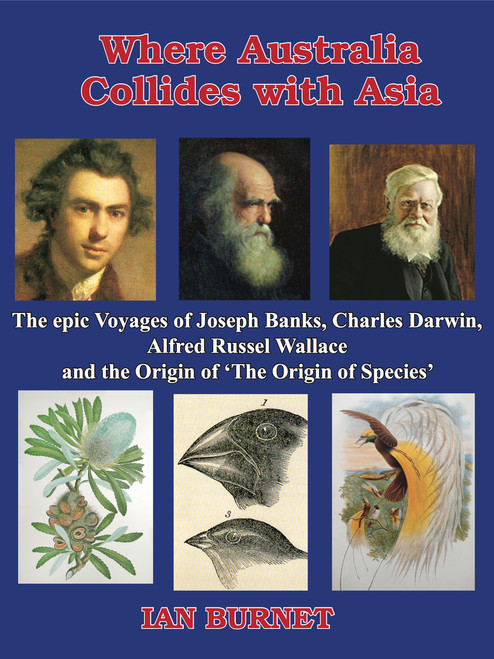 This book follows the epic voyages of Joseph Banks, Charles Darwin, and Alfred Russel Wallace through the voyage of Continent Australia after it breaks away from Antarctica 50 million years ago — with its raft of Gondwanaland flora and fauna — and begins its journey north towards the equator.

The voyage of Joseph Banks on the Endeavour, who with Daniel Solander became the first trained naturalists to describe the unique flora and fauna of Continent Australia that had evolved during its 30 million years of isolation.

The voyage of Charles Darwin on the Beagle, who after his observations in South America and the Galapagos Islands, sat on the banks of the Coxs River in New South Wales and tried to rationalise his belief in the idea of biblical creation and understand the origin of species.

The voyage of Alfred Russel Wallace, who realised that the Lombok Strait in Indonesia represents the biogeographical boundary between the fauna of Asia and those of Australasia. On the Asian side are elephants, tigers, primates, and specific birds. On the Australasian side are marsupials such as the possum-like cuscus and the Aru wallaby, as well as birds specific to Australia such as white cockatoos, brush turkeys, and the spectacular Birds of Paradise.

It was tectonic plate movement that brought these disparate worlds together and it was Alfred Russel Wallace’s ‘Letter from Ternate’ that forced Charles Darwin to finally publish his landmark work On the Origin of Species.

Girt: The Unauthorised History of Australia

Dampier, The Dutch and the Great South Land