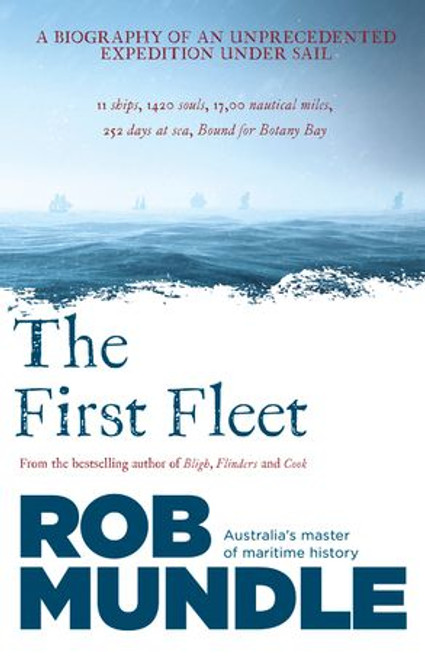 A biography of unprecedented expedition under sail

The role of the sailor through history should never be underestimated. Over centuries battles were won and new lands discovered and settled by their skills and nerve. Rob Mundle is back on the ocean to tell one of the great stories of an expedition under sail: the extraordinary eight-month, 17-000-nautical mile voyage of the First Fleet. With customary sweep and swell, Mundle puts you alongside 48-year-old Captain Arthur Phillip on the quarterdeck of the Royal Navy escort, HMS Sirius, as he commands his small armada of 11 ships, carrying over 1420 men, women and children, to the other side of the world.

Journals of the First Fleet by Arthur Phillip and Watkin Tench

Dampier, The Dutch and the Great South Land