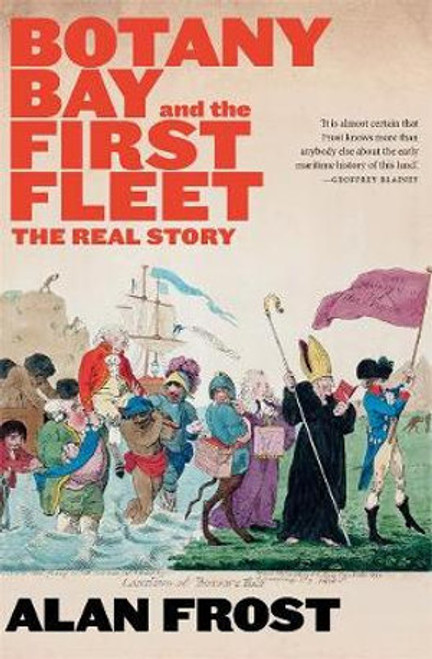 In 1787 a convoy of eleven ships, carrying about 1400 people, set out from England for Botany Bay, on the east coast of New South Wales. In deciding on Botany Bay, British authorities hoped not only to rid Britain of its excess criminals, but also to gain a key strategic outpost and take control of valuable natural resources.

According to the conventional account, it was a shambolic affair- under-prepared, poorly equipped and ill-disciplined. Here, Alan Frost debunks these myths, and shows that the voyage was in fact meticulously planned - reflecting its importance to Britain's imperial and commercial ambitions. In his examination of the ships, passengers and preparation, Frost reveals the hopes and schemes of those who engineered the voyage, and the experiences of those who made it.

The culmination of thirty-five years' study of previously neglected archives, Botany Bay and the First Fleet offers new and surprising insights into how Australia came to be.

Journals of the First Fleet by Arthur Phillip and Watkin Tench

ABC of the Sea